The holiday is nearly over for many private companies with significant right-of-use assets. For those operating on a calendar year, the ASC 842 standard for lease accounting will kick in at the end of the year. In other words, they should adopt ASC 842 effective January 1, 2023, in preparation for their first calendar year-end reporting date as of December 31, 2022.

Implementation of the new standards, which require that all leases (both operating and finance) be reflected on the balance sheet, comes after a long delay due to the pandemic.

That means private companies have some important decisions to make, perhaps most critically, determining which discount rate to apply in calculating the cost of the right-of-use assets (ROUs) that will appear on their balance sheet.

How Discount Rates Fit Into the Lease Liability and ROU Calculation

The discount rate used can significantly impact both calculations, with a higher discount rate producing a lower lease liability and ROU asset, all else being equal. As shown below, for a single representative six-year lease with a $48,000 annual payment, a 300 basis point increase in the discount rate-from 3.0% to 6.0%-results in a roughly $18 thousand reduction in the liability and ROU asset from approximately $269 thousand to approximately $251 thousand. For companies with a large portfolio of leases, the difference can greatly impact their balance sheets.

Private companies have three basic options for the discount rate they apply to a lease under ASC 842:

i) the rate implied in the lease itself;
ii) their own incremental borrowing rate (IBR) or;
iii) a risk-free rate (a practical expedient that is, incidentally, not available to public companies).

The implicit rate, the interest rate that the lessor effectively charges the lessee per the terms of the lease, must be used when it’s readily determinable. The implicit rate is usually higher than both the incremental borrowing rate and the risk-free rate, resulting in a lower lease liability and ROU asset. Unfortunately, the implicit rate isn’t usually “readily determinable” in practice because it relies on information such as owner tax credits and future residual asset values that are not typically available to a lessee.

For most private companies, the discount rate decision will come down to using a risk-free rate (typically government bills, notes, or bonds with a maturity corresponding to the lease in question) or their IBR, which is defined under ASC 842 as the rate of interest a lessee would have to pay to borrow an amount equal to the total lease payments on a collateralized basis over a similar term in a similar economic environment. Factors used to determine the IBR include the company’s credit profile considering the amount of lease payments, the lease term, and the economic environment.

Private companies with significant leases on their books will need to weigh a number of factors when determining what discount rate methodology to use for their ROU assets. Calculating a defensible IBR can be challenging—especially for companies without bank loans, private debt, or other reference securities. In many cases, such companies will engage a third party to help them calculate an initial IBR and to update it periodically.

On the other hand, there are key disadvantages to relying exclusively on the risk-free rate that some entities may argue in favor of the IBR method for at least some leases. Chief among the disadvantages, as previously discussed, the risk-free rate is typically low compared to most private companies’ expected IBR. For companies with only short-term equipment leases, the difference may be deemed de minimis. But for a company with a number of long-term leases, say for real estate assets, the impact can be significant.

In addition, using the risk-free rate may trigger a reclassification of the lease from operating to finance as it will increase the present value of the lease payments as compared to the asset’s fair value.

And finally, if a private company is considering going public in the future—whether through a public offering or sale to a public company—it may wish to adopt an IBR-based approach now since the practical expedient of using a risk-free rate is not an option for public companies.

The holiday is nearly over for private companies with significant right-of-use assets. Time is short, and in some cases, the stakes are high for settling on an approach to accounting for leases under ASC 842. 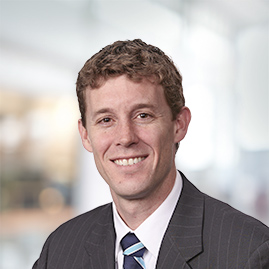 Senior Managing Director William Hughes is retiring at the end of the year. Over a nearly two-and-a-half decades-long career at VRC, Hughes served as co-CEO from 2001-2017, a period that delivered rapid growth for the firm.

VRC was shortlisted for Valuation Firm of the Year by The M&A Advisor.