Convertible notes have characteristics that make them attractive to both issuers and investors (or holders). Investors find them attractive because of the potential equity upside, as well as the downside protection provided by coupon and principal payments. In addition, at a time of generally low-interest rates, convertible notes are alternatives to straight debt securities, which can potentially provide extra profit for investors through the conversion feature.

A convertible note may have additional contractual features such as call-ability and put-ability. Call-ability is the ability of the issuer to call a convertible bond at a predetermined price, which could be a function of principal and accrued interest. Put-ability is the holder’s right to redeem the convertible note at a predetermined price, which could also be based on the principal and accrued interest.

In general, the convertible note models may be classified based on their approach to the two factors below:

If holding to maturity is not necessarily optimal, the convertible note is no longer a simple bundle of straight debt and call options. In such cases, the decision-making on the part of the holder would incorporate the options available to the issuer, and vice versa. For example, if the debt is callable by the issuer or putable by the holder, an early exit could be optimal. Similarly, in the presence of dividends and borrow costs, holding on to the convertible debt may lead to a decrease in the value of the stock, thereby decreasing the conversion value. In these cases, more complicated models such as risk-neutral lattice models, need to be implemented.

Lattice models are usually approximations of the GBM process, which incorporate an optimal decision-making framework by backward induction. The fair value at each node of the lattice is either the discounted value of the payoff from subsequent nodes for a hold strategy or the immediate payoff from conversion, callability, or putability. The payoff from the conversion is discounted at the risk-free rate while the payoffs that are a function of the principal and accrued interest are discounted with the straight debt rate. This approach was formalized by Tsiveriotis and Fernandez.

To further clarify, let’s consider a general case for a convertible note with dividends, callability and putability features. For each node of the lattice tree at maturity, the holder will either convert the notes or opt to receive the principal and coupon. For each previous node, the issuer will either call the note, as long as the prepayment amount is less than the present value of future payoffs or do nothing. If the note is called by the issuer, the holder will select the optimal choice among taking the prepayment, putting the note, or converting the note. If the issuer does not call the note, on the other hand, the holder will select the optimal choice among holding on to the note, putting the note, or converting the note. This process is applied to the entire nodes of the lattice tree until the fair value of the note is estimated at node 0, which is the valuation date.

For more information regarding convertible debt valuations and other valuation services for complex security instruments, contact the article author or a VRC professional. 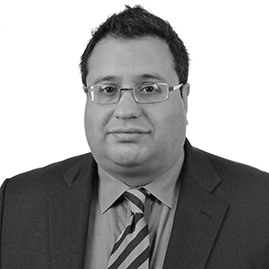