New York (July 13, 2022) – Valuation Research Corporation (VRC), a leading global provider of independent valuation support and advisory services, announced the addition of new senior executives across its offices, including Joe Lee, CFA, CPA, a former Duff & Phelps associate, and Ilya Vorobyev, CFA who was previously an assistant vice president at PricewaterhouseCoopers. The firm has also hired more than a dozen new analysts and associates as it sees continued robust demand for valuation work.

Lee joins VRC’s San Francisco office as vice president. Prior to joining VRC, he was a senior associate at Duff & Phelps, where he provided business enterprise valuations and intangible asset valuations. He earned his Master of Science in Finance from Vanderbilt University and his Master of Applied Science and Bachelor of Science in Accountancy from the University of Illinois at Urbana-Champaign. Mr. Lee holds the designations of Chartered Financial Analyst (CFA) and is a Certified Public Accountant (CPA).

Vorobyev joins the Princeton office as vice president. A former assistant vice president at PwC, Vorobyev sourced and structured debt financing for middle-market corporates, including building financial models, preparing lender presentations, and providing advice on debt financing terms and conditions. His early career years were spent at Goldman Sachs, Sberbank CIB, and Bank of Canada. He graduated with distinction from Novosibirsk State University with a Bachelor of Arts in Economics. Vorobyev then earned his Master of Arts in Economics from New Economic School. He holds the designation of Chartered Financial Analyst (CFA).

They are joined by more than a dozen employees recently added to VRC offices across the country:

“We’re excited to welcome this new group of professionals to our offices,” said PJ Patel, co-CEO of VRC. “These individuals bring a deep and varied range of backgrounds in the industry, and we look forward to having them on our team.”

Co-CEO Justin Johnson added, “As we continue to grow our offices across the country, we’re grateful for these additions to our team to help us serve public and private companies and financial sponsors.” 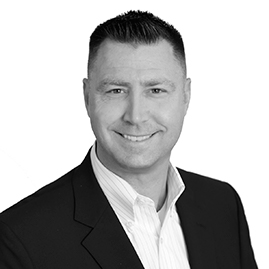