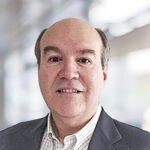 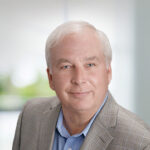 New York, NY (December 7, 2022) – Valuation Research Corporation (VRC), a leading global provider of independent valuation support and advisory services, announced today that Robert Schulte, senior advisor and managing director, is retiring after nearly three decades with the firm. Also retiring is Michael Mathieson, who joined the firm as a senior advisor in 2015 after retiring as the Senior Director of Accounting Compliance and Reporting from Mondelēz International, Inc.

Schulte, who served on the Board of Directors for 10 years, first joined VRC in 1987 as a business development manager in the Los Angeles office. In 1997, Bob opened and was the senior member of the Boston office. Bob was instrumental in the development of VRC’s presence in Boston and more broadly New England and also led VRC’s energy-focused master limited partnership (MLP) practice.  Bob’s client base included many notable firms such as Fisher Scientific, Apogent Technologies, TA Associates, Bain Capital, and Williams Energy, amongst others.

During his career with VRC, Mathieson was instrumental in advising VRC professionals, the VRG international member group, and key client personnel on critical valuation accounting issues. His specialization capacities and expertise in U.S. GAAP accounting, external financial reporting, and internal controls were of tremendous value, particularly when advising clients in accounting for acquisitions. Beginning in 2015 through 2018, he was a presenting panelist for VRC’s M&A Leadership Roundtable events held in major business markets across the U.S. for CFOs and corporate controllers of client public and large private companies.

“Bob’s leadership in offices on both coasts during his time with the firm has been invaluable,” said Co-CEO PJ Patel. “His expertise in energy infrastructure is unmatched and his contributions to VRC’s capabilities in that space have been immense; we’re fortunate he has been so generous in sharing his expertise with his colleagues.”

“For nearly two decades, I’ve enjoyed working with and getting to know Mike; first, we built our close client/service provider relationship when he led the Mondelēz – formerly Kraft Foods – accounting team, and next, when he came out of retirement to join VRC as a senior advisor. In both capacities, Mike has always been a very strong, contributing business partner who has been an unwavering source of smart, actionable, practical advice,” said PJ Patel.

Prior to joining VRC, Schulte was a management consultant with Arthur Andersen & Co., and assistant vice president with First Interstate Bank of California. During his career, he also served as vice president for Minet Financial Services and was the owner of FranNet, a national franchise sales and consulting firm. During Mathieson’s career, he served as Vice President and Corporate Controller at Fortune Brands and Avon Products, as well as in technical accounting and financial reporting capacities at PaineWebber and A.G. Becker.

Gottfried will lead the discussion on a recent tax court case regarding fair market valuation.

In this webinar, leaders from VRC and Global Tax Management discuss how to ensure that business restructurings and reorganizations meet the relevant business and tax objectives.