Obviously, oil prices had a profound effect on the value of exploration and production companies as well as their underlying assets. In addition to the financial distress this caused companies with high levels of debt, the low price outlook affected the economics of operating an existing well and/or building a well, which ultimately would have an impact on the expected timing and volumes of production from the acquired reserves. Thus, the pricing forecast had a significant impact on the value of the tangible assets, from a standpoint of production volume and its impact on utilization levels, and the acquired reserves from a sales standpoint (price per barrel and volume) and its influence on realized cash flows.

When production utilization is lower, the economic viability of the tangible assets (i.e. return on investment) falls into greater question.
Additionally, when prices are lower, it becomes prohibitive to extract value from oil and gas reserves, which are dependent on the stage
of the reserves development, or reserve classification, which include:

All classifications except PDP require some level of investment to begin generating production volume.

Valuation Research Group’s Mexico-based affiliate Grupo NASSA was retained by an energy production company whose subsidiary had acquired certain distressed assets from an energy and production company. The acquired company was in Chapter 11 bankruptcy protection after the precipitous drop in oil prices in 2015. Grupo NASSA and US-based VRG affiliate, Valuation Research Corporation (VRC) partnered on the engagement to determine the fair value of certain tangible and intangible assets of the acquired company. This property included:

Grupo NASSA valued other ancillary assets such as vehicles.

To perform the valuation of the energy reserves VRG coordinated with multiple parties operating in different languages and valuing assets at several locations. This included VRC’s US-based staff, Grupo NASSA’s Mexico-based staff, the acquiring company and its subsidiary, the acquired company and VRC’s expert geologists. The valuation included on-site evaluation of the acquired oil platforms as well as oil reserves and wells – some developed, some undeveloped – off the coast of Peru.

In selecting a valuation methodology, VRG needed to consider the significant divergence in the enterprise value of the business versus the undiscounted value of the assets given the dramatic drop in commodity prices at the time.

In estimating the fair value of the personal property, the cost approach was used because it provided the most accurate reflection of the asset’s value to the owner-user on an ongoing basis. Equipment is purchased by a company or investor for future use. Therefore, the valuation should reflect the remaining value to the company in its use of the assets, not the value of the assets in exchange on the market. Thus, the assets are viewed as service property. In this case, the value conclusion was arrived at by obtaining information from the used equipment market, making any necessary adjustments regarding comparability where information was sufficient to identify and compare with the subject, and adding all costs that would be required to convert an idle piece of equipment to an integral part of an operating unit.

To value the intangible reserve assets, VRG addressed valuation issues relative to the reserve interests. At the client’s direction, valuation of the POS reserves was excluded from the scope of the valuation analysis due to both their relative uncertainty and because it was assumed these would be uneconomical given the prevailing price levels and the amount of capital and operating expenditures required to begin extracting the reserves and, ultimately, generating production. For each of the Proven reserve classes and the Probable reserves assets that were producing, or could be anticipated to produce in the determinable future, the appropriate premise of value was determined to be Market Value-in-Use. Both the Income approach to value and a modification of the Sales Comparison Approach to value (considered a market approach) can be appropriate in valuing such assets. The Cost approach was considered to be inapplicable because depleted assets such as oil and natural gas reserves cannot be reproduced or placed at their location.

In using the Income Approach, the results of the financial models were developed using the MPEEM. MPEEM is a form of a discounted cash flow analysis whereby an operating model is first constructed to forecast revenues and expenses derived from the business enterprise associated with the assets being valued. When other assets are required to produce this cash flow, then portions of the total cash flow attributable to these contributory assets must be identified and deducted from the total cash flow. As a result, the values of the tangible assets and the oil and gas reserves are highly interdependent since the MPEEM is heavily reliant on the valuation of the tangible assets used to produce the oil since the use of the tangible assets is considered a contributory asset (the higher the value of tangible assets, the higher the contributory asset charge to the reserves, and the lower the value of the reserves). The remaining cash flow stream, or excess earnings, is attributable to the asset being valued. An appropriate discount rate is then selected and the present value for the excess earnings stream is derived to yield the value for the subject assets.

The market approach is based on a multiplier of a designated increment of forecast income used by prospective purchasers when valuing such interests. Multipliers can be established through interviews with persons knowledgeable of the market for such interests providing an alternate indication of value. This approach has historically been used in valuing producing oil and natural gas interests.

While this method was used by participants for rough estimations, the more sophisticated industry participants typically use a discounted cash flow method to determine values used in transactions. VRG believed that a multiple of income would not in itself represent the fair value so this technique was not used.

Valuing distressed assets in the energy sector presented many challenges. Certain methodologies and assumptions resulted in several “decision points” about the economic viability of the assets that had a significant impact on the concluded values of the various assets. Accordingly, the consideration and determination of the appropriate methodologies and assumptions was paramount. 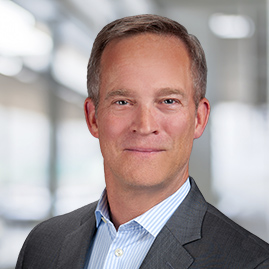