Historical data shows that CLOs, as an asset class, performed exceptionally well through the Great Recession and through the August 2011 U.S. credit rating downgrade with very low defaults overall. S&P published a study in 2014 looking at 6,100 rated CLO tranches in 1,100 CLO vehicles from 1994 to 2013, which showed only 25 tranches defaulted, or a 0.41% default rate. Of the 25 defaults, only eight were investment-grade tranches (0.15%), and 17 speculative-grade tranches defaulted (1.78%). Almost all defaults occurred during the Great Recession, and no AAA or AA tranches defaulted. In January 2022, Bloomberg published a more current study showing since 2010, only five defaulted securities across 11,400 securities in 1,300 U.S. CLO vehicles.

The stability and popularity of CLOs continued increasing annually, with growth materially increasing in 2017 and beyond. Driven by the growing popularity of the CLO asset class, MM CLOs began to garner more interest around the same period. Based on Leveraged Commentary & Data (LCD) data, there have been over 150 new MM CLO issuances since 2017, compared to 69 in the five years prior.

Since its emergence as an asset class 25 years ago, CLOs have weathered all economic cycles, especially CLO 2.0 structures and MM CLOs. This can largely be attributed to stricter covenant tests, more restrictions on junior asset portfolio allocations, and tighter restrictions surrounding reinvestment periods vs. pre-Great Recession CLO 1.0 structures.

Although the recent pandemic was feared to be catastrophic to middle-market companies, many persevered and thrived throughout the crisis, as newly-formed MM CLOs were agile enough to avoid those industries most severely impacted, while existing MM CLO managers were effective at managing credit risk from existing portfolios. To manage liquidity, many middle-market issuer companies obtained Paycheck Protection Program funding, reduced cash interest payments, opted for increased payment in kind interest, pushed back scheduled amortization payments, and extended maturities.

Nevertheless, MM CLOs did not sustain outsized rating shocks or default levels relative to BSL CLOs. Where BSL CLOs saw their allocations of CCC/Caa rated assets nearly triple, MM CLOs experienced a less severe increase on a relative basis and a similar increase (~10%) on an absolute basis. After the COVID crisis, pent-up consumer demand led to improved fundamentals and stronger balance sheets in 2021, which made many MM companies candidates for rating upgrades. Similar to rating actions seen in the BSL market, there were considerably more upgrades than downgrades of credit estimates in middle markets. For all of 2021, there were 142 upgrades compared to 108 downgrades.

Similarly, MM CLOs did not sustain higher severity rates for those assets that did default, underscoring the robustness of middle-market assets in general. Additionally, due to the generally lower leverage level inherent in MM CLOs, MM CLO NAV (as a % of equity) outperformed BSL CLOs, as the greater loss cushion built into MM CLOs more than compensated for asset price declines.

In hindsight, although the onset of the pandemic caused many CLO managers and asset managers to become extremely cautious, the history and the data show that CLOs in general, and MM CLOs specifically, have continued to perform very well through various economic cycles and market shocks. Sufficient over-collateralization, strong covenant cushions, and generally risk-averse CLO portfolio composition for most new CLO issuances should allow CLOs to continue to perform strongly in any market environment. 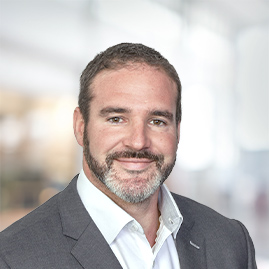 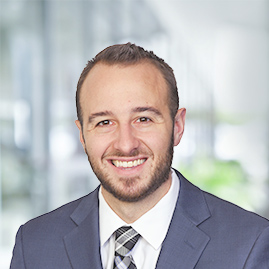 Growth in the venture debt market space has been explosive – growing from $4.4 billion in total deal value in 2010 to about $33 billion last year.

SPAC Market Update: Who turned on the lights?

After years of hype, de-SPAC results are disappointing, stock performance has cratered, and the SEC is hitting the breaks.