At the current pace, 2018 is shaping up to record the highest volume of M&A deals since 2007, eclipsing last year’s 50,600 transactions worth a total value of more than $3.5 trillion, according to the Institute for Mergers, Acquisitions and Alliances (IMAA).

In this context of record deal flow and the challenges of accounting for deals, panelists at the most recent SEC Professionals Group’s meeting explored accounting and tax issues related to M&A. In particular, the panelists discussed best practices for accounting for deals – pre-deal, post-deal, and beyond. VRC’s Co-CEO PJ Patel provided critical insights on valuation issues as well as more general market insight given VRC’s experience in working on 500+ deals over the past year.

Preplanning Is Crucial In M&A

When evaluating a prospective deal, especially a large multi-national deal, Patel said it is critical to define the structure in which the valuation will be done. Values will need to be allocated across businesses, countries, and asset categories. As such, it is important to define operating units from the same perspective as management to align valuation metrics and ensure the availability of information.

From there, operating units may be aggregated into reporting units and also disaggregated into legal entities, though he warns that care needs to be taken when aggregating for reporting unit purposes or disaggregating for legal entity purposes as they may be defined differently for items such as IP ownership and the accounting for intercompany assets and liabilities. Patel noted that this approach allows for increased transparency between the accounting and tax values.

The process of “pushing down” assets and goodwill to the correct reporting unit is laborious but critical, Patel stressed, particularly for evaluating cross-border deals:

"The best valuation is one that withstands the test of time." 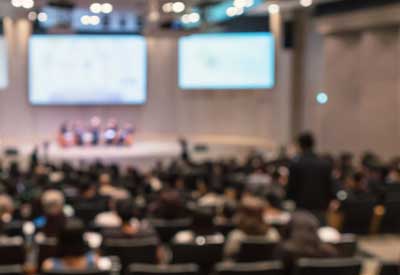 Panelists stressed the importance of including tax teams on planning for acquisitions as early as possible. The tax team must model and estimate the impact of the acquisition on the effective tax rate and analyze the target’s tax bases and attributes.

One panelist noted another reason to get the tax team involved early is if there is going to be a change in the accounting method that needs to be approved by the IRS. This can be automatic or take time to receive consent, in which case maintenance of two methods and two sets of records must be done.

Intangible assets can be difficult to value; an income approach is primarily used in this process though there are different forms it can take.

Patel added that the industry is working to evolve better approaches to inventory valuation, which has not changed much since 1977 – a period when intangible assets were much less important. He also suggested M&A market participants keep an eye on deferred revenue (also known as contract liability) methods, as he believes those will further evolve post-implementation of ASC 606.

Patel conceded that there can be some degree of subjectivity in valuation. “The best valuation is one that withstands the test of time,” he says. “We want to triangulate. We have different approaches to valuation and rationalize which is the best, most objective, method for each situation.”

He also noted that in an M&A process the valuation models tend to be incremental and synergized – an accounting staff may already be in place, there is forecasted revenue and operational synergy, and so no overhead is allocated. However, once the deal is done, and the model is now in the hands of the controller’s group, the deal model is often replaced by a more burdened counterpart.

The heartburn shows up when testing for goodwill impairment and there is significant divergence between the forecast in the deal model and the updated controller’s forecast. Panelists suggested doing impairment tests in the first year to set a baseline and avoid potential discord when comparing the deal model with post-transaction forecasts.

While 2018 may be setting records for M&A volumes, it is on pace to boast one of the highest numbers of canceled M&A deals in the past 20 years.

A New Level of Scrutiny

Panelists cautioned that ownership of the valuation process and outcome belongs to the acquiring or merging company. Although having a good valuation expert on your side is extremely helpful. With increased scrutiny and auditing, it is more imperative to thoroughly understand the methods used.

While 2018 may be setting records for M&A volumes, it is also on pace to boast one of the highest numbers of blocked or canceled M&A deals in the past twenty years, according to the Financial Times. Increasing protectionism in the United States lends itself towards higher levels of oversight on international deals.

Those going into an M&A deal should prepare for this intense auditing. “From a valuation perspective, it’s not about values or the methods anymore, but rather the inputs in the method. Discount rates, growth rates, customer attrition numbers…there’s a ton of scrutiny on every one of those.” Patel noted.

All panelists agreed that it’s crucial to document and justify how certain numbers were arrived at and what controls were in place for that process.

Be Honest and Open In Communication

“Disclosure is key,” one panelist asserted. “When evaluating goodwill, know what the risks are and anticipate SEC questions. If an impairment comes up, report the risks early. Be forthcoming in disclosures; declaring ‘These are the associated risks. These are the things that, if changed, could affect impairment,’ can go a long way in establishing credibility.”

For example, changes in tax rates or the interest rate environment could have an impact on the discount rate, and forthrightly acknowledging that fact upfront can head off questions of untruthfulness down the road. Patel agreed, providing an example of a public company that was less than forthcoming in its disclosures about impairment risk, only to see its stock price drop by half when those risks became reality.

While outside legal, tax, and valuation experts are important resources, panelists agreed that all participants in the current M&A frenzy are responsible for understanding the various issues that come up before, during, and after a deal.

How are your peers balancing the needs of their deal teams?