“For multinational companies that will be affected by OECD’s BEPS framework, hockey legend Wayne Gretzky’s advice to “skate to where the puck is going to be” with respect to understanding the impacts of effective tax rates in various jurisdictions is pretty apt,” says Valuation Research Corporation’s Tom Gottfried.

In the article, “Multinationals Should Skate Toward Release of BEPS Model Rules,” Gottfried explains that BEPS took a big step closer to becoming a reality in the last few months by releasing draft model rules for both Pillar I and Pillar II. The Pillar Two draft model rules were issued in December, followed by two draft rules for Pillar One in February: one that lays out how companies should determine the jurisdictional source of revenue and one that describes how they should determine their tax base.

In late 2021, Gottfried was also featured in the same publication providing his overview of the OECD-sponsored overhaul of global tax regimes covered in the article titled, “With Global Tax Deal Close, It’s Time to Assess Implications.”

The full article is available on the Bloomberg Tax website. 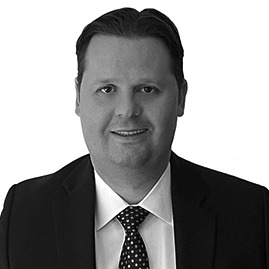